My husband has reached his target and will now be aiming to maintain his current weight – which is 16 kilos less than he started the New Year with. Really amazing progress! I still have a little over 3kg to go before I can join him on maintenance, but am very pleased with having lost 9.8 kg so far.

So this week is going to be interesting. We will still both be doing 5:2, but he will need to be eating more on normal days than he has been used to recently. Will he still have the motivation to do fast days? As we are both doing this for long-term health benefits, the answer is yes.

In any case, the strategy I have used up to now – to make our meals totally delicious and not like we are being deprived of anything, means that we both enjoy and look forward to eating every day, how ever many calories we are allowed.

Off to the market tomorrow, to see what seasonal veg I can add to the menu – asparagus, swiss chard, carrots, maybe some broad beans….. and better buy some potatoes too!

In the freezer I have some plums that I want to use up, so I’m going to try a few different things with them. I need to make some room in the hope that this will be a good year for cherries….

As usual I have more ideas than days in the week! I’m still much inspired by Meditteranean flavours, from Morocco to the Middle East

I have a little more rhubarb to harvest and am expecting to find better asparagus this week. Not sure what else my trip to the market will bring, hopefully some broad beans…. 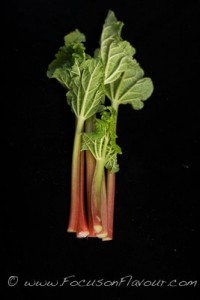 Paul Hollywood’s flatbread and the recipe that John Torode cooked on Masterchef this week looked great, so we will have a middle-eastern inspired evening

Sunday – leave room for the chocolate! 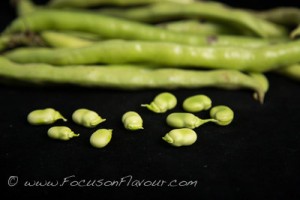 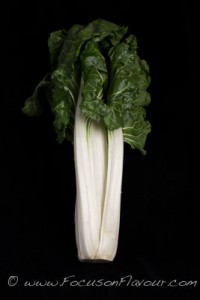 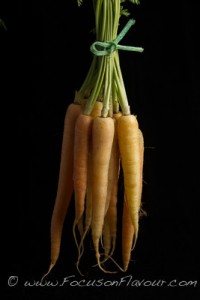 Wednesday – Morrocan spicing to the fore 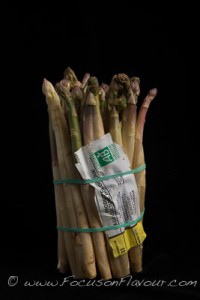 I’ve now updated last week’s meal plan with photos and calorie counts – do take a look, it was a really yummy and delicious menu  – if we can eat like that and still lose weight, then it looks like we really can stick with this way of life. I certainly feel that way and don’t ever want to see those 9 kilos again, thank you! Bye-bye, you’re no longer needed 🙂
Great news this week, that Kate Harrison is going to include one of my recipes in her new 5:2 Diet Recipe book. It should be published in the next couple of months. More news and link once available.

I was asked if I could come up with a less syrupy version of baklava and as I had some filo pastry left, I decided to give it a go.

I’m pretty pleased with the result: crispy, nutty and slightly sticky Baklava at only 110 calories a slice!

Notes on the ingredients:

I had some agave syrup that I bought for us to try – it is low GI, so better for you as a sweetener than sugar, and while it is processed, it is not synthetic. It is also sweeter than sugar so you need less of it. You could use honey or maple syrup or sugar syrup if you prefer, but as you wouldneed to use more for the same sweetness, the end result would be higher in calories. I didn’t add any sweetness to the pastry itself.

For nuts, I chose to use ground hazelnuts, though I think that walnuts or (unsalted) pistachios, or any other nuts would work just as well.

I wanted to use rosewater in the syrup, but didn’t have any, so I used orange flower water instead. I think the flowery note makes it more middle-eastern, but if you can’t get either then probably not the end of the world! Maybe use a little lemon juice instead.

I used a slivers of lemon zest in the syrup, but orange zest would also be nice.

I had a few sheets of filo pastry left, 4 I think, plus a part sheet. So I cut them all to a smaller size, about 20 x 30cm, which I folded over to make my baklava 20 x 15 approx and used the trimmings to make up the layers as well. When baked, I cut this into 8 portion sized pieces – I got a little distracted just before putting it in the oven and didn’t cut it into shapes before baking it. Didn’t seem to matter really, I just had to be a little careful with cutting it after I had poured the syrup over.

I wouldn’t make a whole trayful unless we had a lot of guests.  As it is, if you are prone to being indulgent with sweet things, it might be better to make just half the quantity!

So this recipe makes enough for 8 servings, coming in at around 110 calories each. It was an absolute winner with vanilla ice cream, as it was not as sticky as a traditional baklava. Now we have another 6 pieces to eat 🙂

Apologies for any discrepancies between my calorie estimates and those of my recipe cards. I don’t have control over how it calculates the ingredients and it may be using different products than the ones I have entered and used in MyFitnessPal. If it is critical to you, work with the higher figure!

This week I went to the market in Montaigu-de-Quercy. Lots of lovely fresh seasonal local produce to choose from! 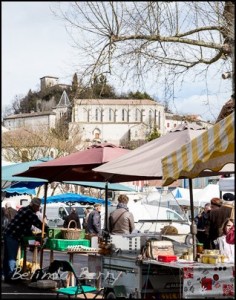 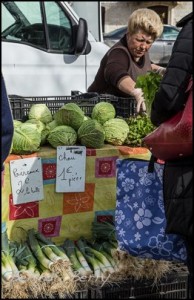 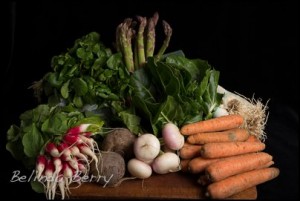 I came home with my bags laden :-

Each week I am trying to feature seasonal produce, but I’m also trying to use up food that I have stored in my freezer, much of which is home-grown.

So my actual plan for the week, updated with calorie counts, designed with flavour in mind for healthy, satisfying  well-balanced meals, which will work for an intermittent fasting and weight loss lifestyle. I’m not showing cups of tea or my standard breakfast, but numbers are included in the daily totala:- 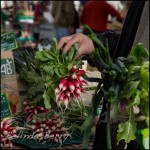 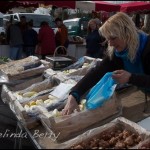 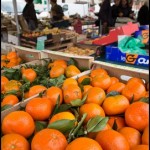 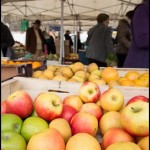 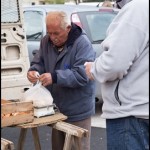 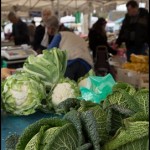 I’ve updated last week’s meal plan with what we actually ate and the calorie counts. You’ll find my recipes here

I hope you find some of my ideas inspirational and useful.

As always, if you have any questions, please ask.

I just love the big bunches of watercress that you can buy in French markets. Watercress is rich in vitamins A and C, calcium, iron and folic acid. A bunch like this makes an easy and delicious soup in under 30 minutes. Just the thing to break your fast with.

Serves 4, only 60 kcals per serving

Discard any really coarse stalks from the watercress, as they can be too peppery.

Wash, drain and chop the remainder of the bunch, reserving a few tips for decoration.

Heat the butter in a large pan and gently sauté the onions, stirring from time to time, until softened but not coloured.

Add the chopped watercress, stock, nutmeg and the potato flakes, then simmer gently for about 10 minutes.

Serve with a garnish of watercress leaves, or a swirl of crème fraîche.

Since early January we have been working on evolving our lifestyle with the aim of getting our bodies back to normal, i.e. not ‘overweight’, improving our fitness level and hopefully increasing our chances of living to a ripe old age in good health.

With this in mind I am preparing a lot of our meals from scratch and trying to eliminate unnecessary calories.

I’m going to start trying to photograph our meals, especially when it is something new.

Each week I am planning our meals for the week, so I’m going to share those meal plans here and link to recipes or include my own as and when I can.