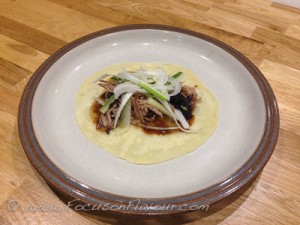 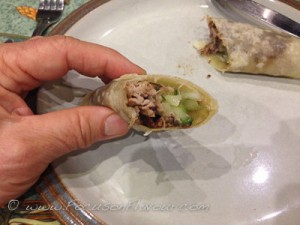 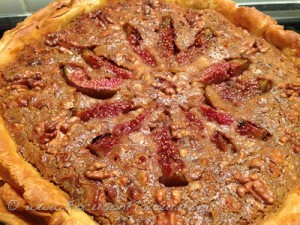 I was reminded of my alternative to Pecan Pie recently, but when I looked at the recipe I had included in my first book, Focus on Flavour, I realised that it was very calorific and much richer than we have become used to. So here is my (somewhat) reduced calorie version. It is still at least 300 calories per portion, so not something for a fast day….

I used ready rolled brisée pastry for mine, but you could use a basic shortcrust or sweet shortcrust pastry.  I have noted the ingredients in order to get the calorie count to match what the packet told me…

Because we have so many fabulous figs in the garden this year, I have added two, which gave a really lovely flavour and texture for variety, but it would be equally good without them.  I served it with a fromage blanc and walnut ice cream. A lovely seasonal weekend treat. 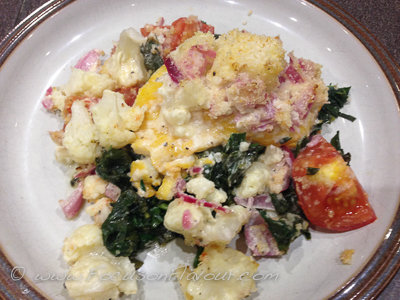 We really enjoy tasty smoked haddock on a fast day, but were getting just a tad bored with the same old simple wilted spinach, smoked haddock and poached egg that we have had so often. 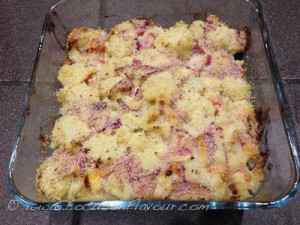 So I looked online for some inspiration and found an interesting recipe on BBC Good Food, from which I developed this fast day friendly version.  Using cauliflower on top of the spinach and fish turns this into a complete meal.

Choosing a strongly flavoured cheese like parmesan means that you can use a lot less but get a fantastic flavour.

This got the thumbs up from us both and I will definitely be making it again!

For a vegetarian version, you could use smoked tofu, which would have a similar balance of flavours. But I also think that it would be lovely with a couple of big mushrooms each and maybe some chopped walnuts in the topping and some extra cheese.